Main cities and the administrative organization of France

The information below is simplified. Understanding the administrative organization of France is very important to know where to file documents.

The cities with more than 100,000 inhabitants are the following : 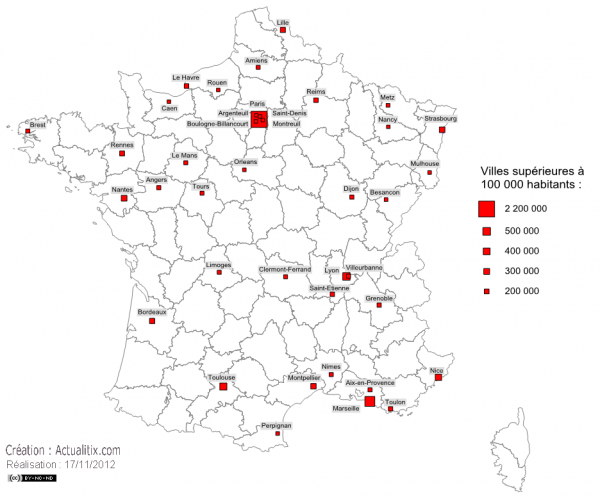 Other medium size to small size cities in France

France is organized in 13 “Régions” (regions), if we except the overseas territories. 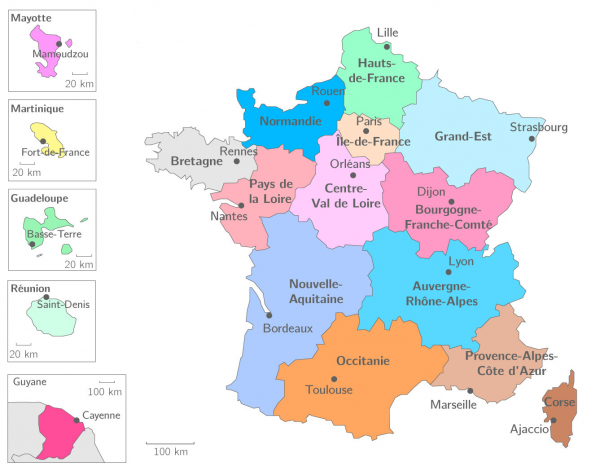 Source of the map of regions

There is at least one big university hospital per region : "CHR" or "CHRU" or "CHU" .

The following administrations are important to know at the regional level : 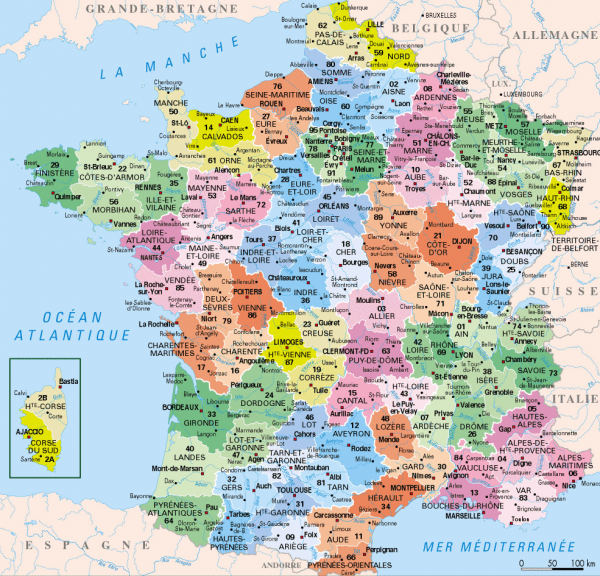 Source of the "départements" map

The following administrations are important to know at the local level :

France is organized with towns known as “Communes”.

These communes are organized together sometimes in an administrative body of several communes : “Communauté de Communes”.

Each commune is in charge of primary schools and kindergarten schools (below age 11).

The CCAS is coordinating aid for French persons in poverty or foreigners (including ukranians). They will likely know:

Where to file my paperwork ?

How to find my prefecture and my CCAS ?

To find the prefecture for your city of residence, use this official interactive map of France or this independent administrative website (easier) :

Once you know the “DEPARTEMENT” area, type the name of département with “Prefecture” and “ukrainiens” on Google. You should find the link to the relevant page with the forms.

Type CCAS and the name of your commune (city) in French in Google Maps .